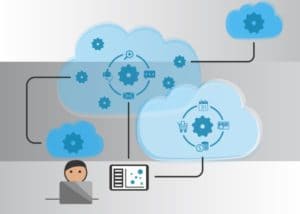 The Layers of IoT Gallery

The Layers of IoT

The Layers of IoT

The adoption of new technologies is on the rise and this is especially true for IoT. The Internet of Things (IoT) is defined as a paradigm in which objects equipped with sensors, actuators, and processors communicate with each other to serve a meaningful purpose.

According to McKinsey—an American worldwide management consulting firm, the economic value generated by IoT could reach $11.1 trillion a year by 2025. This indicates that companies can gain a lot by implementing IoT. However, for successful IoT implementation, understanding the IoT architecture is imperative and crucial part of this architecture are the IoT layers.

The Layers of the IoT Architecture
Conventional IoT architecture is considered to have three layers which are the perception layer, the network layer and application layer. However, another layer was added to the list later and that is the support layer, which lies between the application layer and the network layer. There is another model for IoT layers, which is the model most people refer to when trying to understand the IoT architecture. This model includes seven IoT layers;

Layer 1: The Things Layer
This layer of IoT comprises of devices, sensors and controllers. Connected devices are what enable the IoT environment. These devices include mobile devices such as smart phones or tablets, micro controller units and single-board computers. The connected devices are the real endpoint for IoT.

Layer 2: Connectivity/Edge Computing Layer
Layer 2 is the connectivity/ edge computing layer, which defines the various communication protocols and networks used for connectivity and edge computing. It is a distributed architecture where IoT data is processed at the edge of the network.

Layer 3: Global Infrastructure Layer
Layer 3 is the global infrastructure layer, which is typically implemented in cloud infrastructure. Most of the IoT solutions integrate with cloud services. A comprehensive set of integrated services, IoT cloud can provide businesses with useful insights and perspective on customers.

Layer 6: The Application Layer
Layer 6 is the application layer, which comprises of the custom applications that is actually making use of the things data.

Layer 7: People and Process Layer
Layer 7 is the people and process layer. This includes people, businesses, collaboration and decision making based on the information derived from IoT computing.